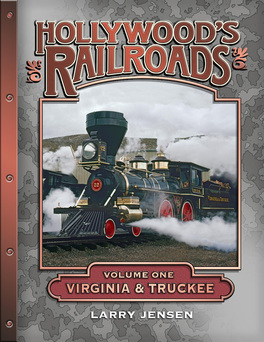 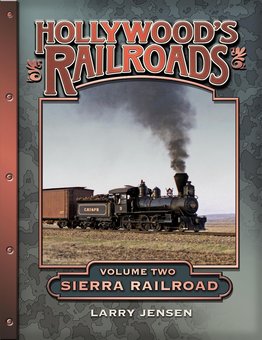 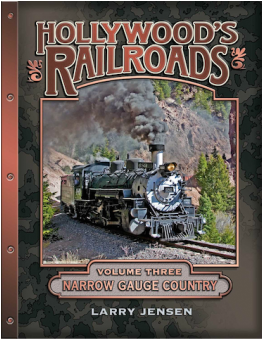 Volume Four: Studio Lots & Ranches is being published in June 2022 and will have "behind-the-scenes" coverage of the seven steam locomotives located at motion picture studio lots and ranches in the Los Angeles area, including Nevada County Narrow Gauge Railroad No. 5 at Universal Pictures, Eureka & Palisade Railroad No. 4 at Warner Bros., and Dardanelle & Russellville Railroad No. 8 at 20th Century-Fox. The book also contains more information on Virginia & Truckee trains at Metro-Goldwyn-Mayer Lot 2 and Lot 3 in Culver City, Paramount Pictures in Hollywood, and the RKO-Radio Pictures Encino Ranch.

If you don't have a store nearby, you can purchase our books on this website. It has options that include postage to the United States or Canada. To shop now, click here:
​https://www.cochetopapress.biz/store/c1/Featured_Products.html

If you don't live in the United States or Canada, buy our books at eBay.com. Search "Hollywood's Railroads" in All Categories. The eBay Global Shipping Program can get our books to your country, anywhere in the world.

Find us on FACEBOOK by clicking the small icon at the top of this page. Our page has more than 100 stories and photos about Hollywood movie trains. Be sure to "Like" us.